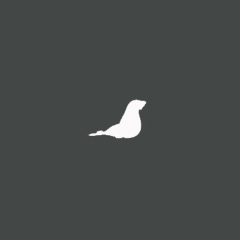 Who are you giving your email address book to?

I'm glad to say this isn't an issue that happens too often but every once in a while you get an email from someone who doesn't fully understand email – and they've shared their whole address book with you.

When you compose an email you have various boxes at the top for entering addresses:

Why does all this really matter?

Well, every so often you get an email from someone who's updated their email address or is moving jobs. They then email everyone they know to tell them about their new address. Every recipient of that email, if the names are put in the "To" or "Cc" field, can see every other recipient meaning your email address can be exposed to hundreds of people.

Just today I've received an email from someone who's changed their email address and they put everyone in their address book in the "To" field. This means that I can see the addresses of the 229 people they emailed. If I wasn't a nice honest person, I could then sell those addresses to spammers, or add them to my own sales mailing lists. Of course what I'm not happy about is that my name was on that list – this person (who I don't even know but have apparently at some point in the past had some kind of email correspondence with) has effectively given my personal email address to 228 other people without asking me.

Meanwhile in June someone who was leaving a client's company did the same thing and shared 197 email addresses.

What they should do in this situation is write the email to themselves (put their own address in the "To" box) and put everyone else in the Bcc box. This way, everyone can receive the email (provided it doesn't end up looking like spam) yet no one will see who else received it.

Just for completeness, a quick note about "reply to all" – if a recipient in the "To" box or the "Cc" box "replies to all" so as to reply to everyone on the message, their reply won't go to people who were in the Bcc box because their email system never even knew these people were silently copied in on it.

Our knowledge base is split into categories, with an introdution to various differnt aspects of that category, followed by current topical articles which we constantly add.